The Family Tarots and the Aosta Valley Repubblic.

“Freedom at any price”

A. Celestine D. and a life without pictures. Short story of a weak genealogy.
A. Celestine D. is a visual memory orphan: she didn’t inherit any family pictures. She inherited an identity of young european woman, mountaineer by tradition and free spirit by vocation.

where > Valsavarenche, Aosta. Grand Paradiso National Parc
the research > family pictures found in Valsavarenche and around
the process > from Family Pictures to Family Tarots

long life to the intramontismo

1989 > at page 220 of the “Messager Valdôtain” we read the news of the controversy  end against the Grand Paradiso National Parc. End of the electoral muteness.

1989 > A. Celestine D. parents divorced > a few months later she stopped to talk for  an hole year. Her alcoholic father will soon die by cancer.

1985 > the community fights against the country laws. For three years Valsavarenche  citizens deny themselves the right to vote.

1985 > dynamiter attack against a high tension pylon right next to the chief town.

1980 > manifestation screaming “Freedom at any price”, ready for any kind of fight.  Inhibited the local council power in favor of Parc and Region, by aggravating  the yet serious mountain problems, clear in terms of economical development  delay and demographic decline.

“If they move down the borders bullets will whistle”

“In Turin and Rome didn’t they know that the Parc is our property?”

1948 > Aosta Valley gets her self-governement

1944 > Eight month before the liberation regular elections were promoted by  F. Chabod coherently with national laws in force before fascist dictatorship.  That day citizens elected Valentino D as mayor.

1700 > Uncertain date  Joseph A. D. arrives in Valsavarenche. Wanted, he gets there from Spain.  Genealogy traces of Joseph A. D were lost.

All of these missions, carried out in beautiful and holy harmony for the common good, represented one day the Fatherland of the Fatherlands, humanity. And only then will the foreign word pass men’s speeches; and the man will be able to greet the man, from anywhere he will move towards him, with the sweet name of brother.
F. Chabod 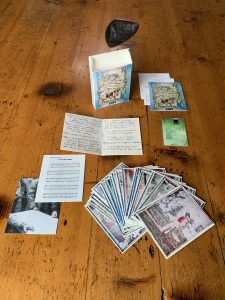